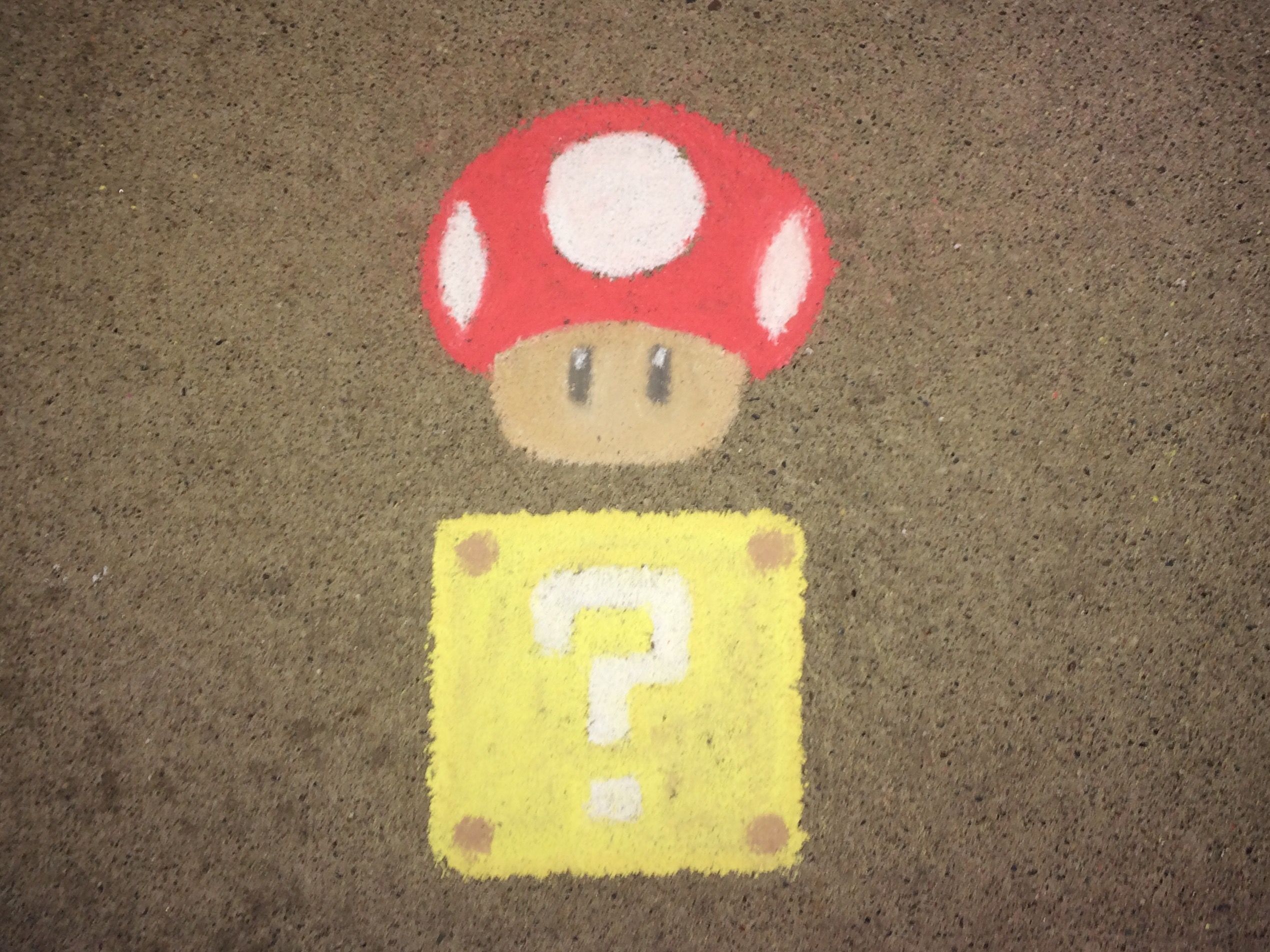 The sight of kids drawing on the pavement with sidewalk chalk is practically guaranteed to induce a session of nostalgia. As summertime traditions go, getting down on the ground to let one’s artistic imagination run wild is right up there with running through sprinklers and creating lemonade stands. But what adults caught up in reveries about the long, lazy days of childhood might not realize is that sidewalk chalk art is just a pastime that connects us not just to memories of our smaller selves, but to an abundant historical tradition that goes entirely back to 16th-century Italy.

While people have been using chalk to produce pictures since the age of cavemen, the Italian traveling artists known as madonnari appear to have been among the earliest practitioners of street art. Robin VanLear, the Cleveland Museum of Art’s director of community arts, explains in an article on the museum’s website

In 16th-century Italy various beggars, primarily amputees, began looking for a bonus over another beggars who proliferated in the plazas and market areas around cathedrals, especially on feast days. Many of them decided to create art , and charcoal from braziers became their first drawing implement. They were rewarded because of their efforts with coins thrown down by pilgrims visiting the cathedrals. Ultimately the more artistic beggars began copying portraits of the Madonna, in particular those by the most popular early 16th-century liturgical artist Raphael. They were dubbed Madonnari, painters of the Madonna.

Since the 2011 book Asphalt Renaissance, compiled by the road artist Kurt Wenner along side B. Hansen and M. Hospodar, explains, madonnari realized they could maximize their earnings by working as traveling artists, moving between towns in accordance with religious festival schedules. The Italian tradition continued for centuries, and soon street art began popping up in countries like England and Germany as well.

The English counterparts to madonnari, known as “screevers,” emerged in Victorian London and remained a fixture of the city up to World War II. Screevers were less closely connected with religious subject material, but like the madonnari, they made a managing their ephemeral art.

In George Orwell’s Down and Out in Paris and London, an autobiographical book about poverty published in 1933, the writer describes his encounter with a screever named Bozo. A self-declared “serious screever,” Bozo specialized in drawing political cartoons informed by the day’s news. (“Once a kid got its head stuck in the railings of Chelsea Bridge,” Bozo said. “Well, I heard about it, and my cartoon was on the pavement before they’d got the child’s head out from the railings.”) Orwell suggests Bozo had ample competition among London street artists: “During those times there is a screever almost every twenty-five yards over the Embankment.” But whereas a lot of Bozo’s peers drew a similar thing every day, Bozo distinguished himself by working on something new—a method he said paid off. “The best thing’s to keep changing your picture, because when they see you drawing they’ll stop and watch you,” he explained.

As VanLear explains, many European street artists fought in World Wars I and II, which meant that the practice of professional sidewalk chalk drawing faded for an excellent the main 20th century. Then, in 1972, the Italian village of Grazie di Curtatone decided to host an international street-painting competition to honor the annals of madonnari. Your competitors, known as Incontro Nazionale dei Madonnari, was a good success, attracting countless European artists and assisting to revive fascination with sidewalk painting.

Roughly 10 years later, its profile got an additional boost from Wenner, who’d become the founder of 3D street art—a technique that uses tricks of perspective to produce pavement drawings appear to soar from the sidewalk or sink into it. Wenner was studying classical art in Italy in the 1980s and started drawing on pavement as a way to produce money. He eventually made his solution to Grazie’s festival, where he took first place four years in a row, then brought his enthusiasm for street painting back once again to the US, launching an annual festival—the very first in the country—in his hometown of Santa Barbara, California, in 1986.

By the time Asphalt Renaissance was published in 2011, the US was home to between 50 and 100 street-painting festivals each year. Europe has additionally experienced a street-painting festival boom, with events in such varied locales because the Netherlands, Germany, France, England, and Serbia; you can find options in Australia, Canada, and Mexico, too. So should you encounter some kids smeared with chalk dust come july 1st, inform them to help keep at it. There exists a future in sidewalk chalk yet.